Our preference would be that it is not necessary to have a flag to embrace sexual and gender diversity. "but the world is not yet ready for that", says Gunnar Boer of Student Pride NL and founder of HR Pride, where Loek van Buuren is the new chairman. They are both in the jury who will assess all entries to the design competition of the new RUAS Rainbow Flag.

What will you focus on during selection of the submitted designs?

Gunnar: "Whether the identity of the Rotterdam University of Applied Sciences and of the rainbow flag are present in the design. It must be a combination of the two. Other than that we do not have that many criteria, if we did we would just limit the design process. That would be a shame. What we would love, is if the design comes with a great story behind it. The designs can be submitted without it, but a design with substantiation will have a small advantage."

On 11 October the winning flag will be raised by the designer and Chairman of the Executive Board, Ron Bormans. Is that a milestone in the history of Rotterdam University of Applied Sciences?

Gunnar: "It's good for an educational institution to make a statement that the flag has been designed by a student or staff member. That it has not been decided on from up high in the hierarchy, but that the flag has come from the heart of the organisation."

Loek: "In which case the Rotterdam University of Applied Sciences shows once again that we stand for complete inclusiveness."

"The message is: everyone is equal, regardless of your gender identity or sexual preference.” 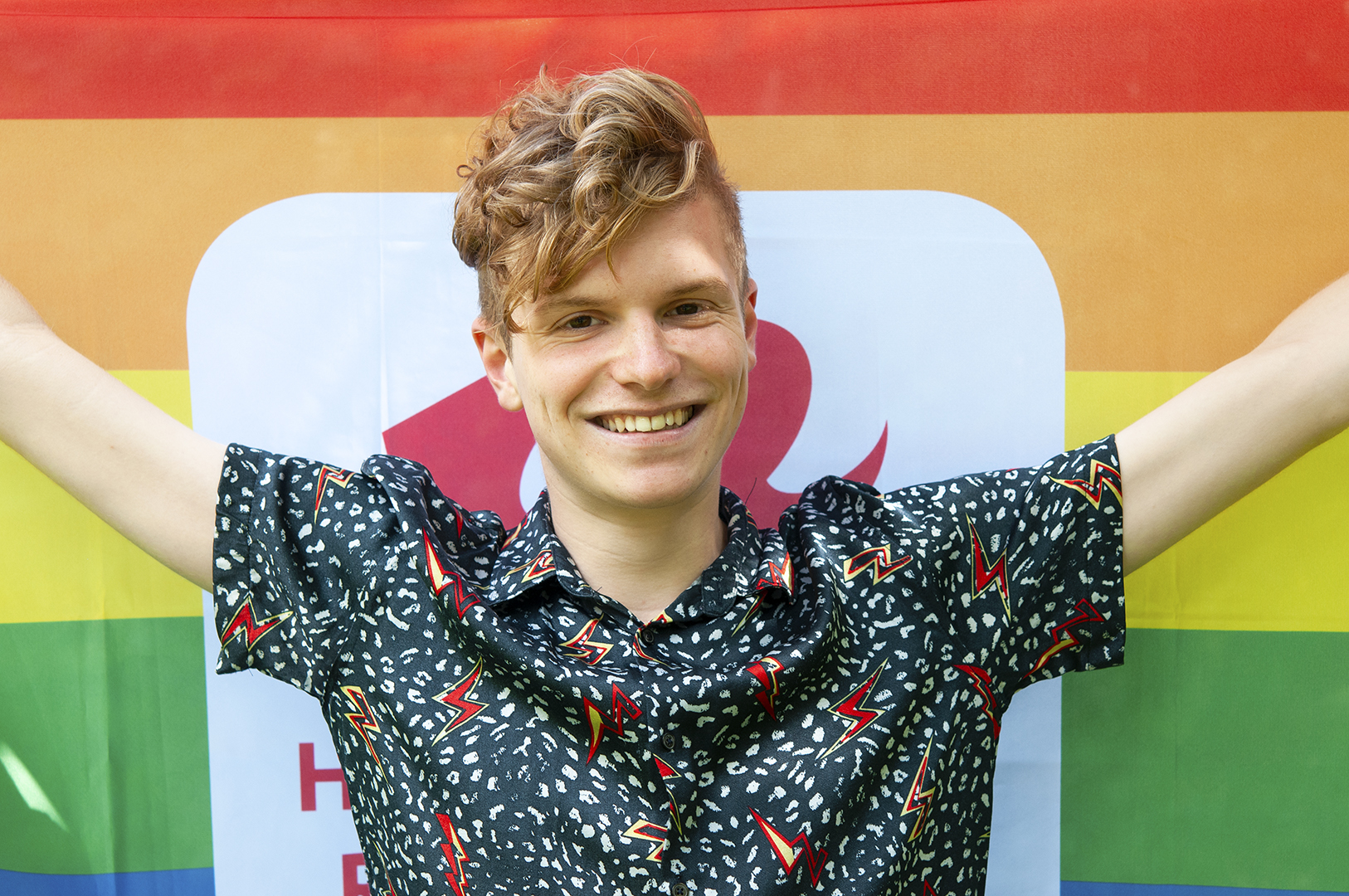 Why is it so important that the flag must be a combination of the rainbow flag and the Rotterdam University of Applied Sciences flag?

Gunnar: "The red of the RUAS flag stands for complete inclusiveness. It stands for everyone. But if within the LGBTI+ community there’s a need for a separate flag, as on a national level that sense of inclusiveness is missing, we need to think about that. Now that we will have a combination flag, the discussion at RUAS is clear. The best case scenario is, of course, to not need a separate flag, but we have not yet reached that point in the Netherlands."

Are we on the right track?

Gunnar: "Agree. But if the Ministry of Education, Culture and Science has their own boat with the minister up front during the Canal Parade, then that’s a really good sign. It is an incentive for educational institutions to pick up on that and further develop that message. But we must be realistic: the acceptance of sexual and gender diversity is not yet at that point where it should be. In several years’ time, it will still probably not be at that point yet."

Loek: “On the boat, not all political parties were represented, which is surely telling, so there’s still much to gain.”

What can the new rainbow flag of Rotterdam University of Applied Sciences contribute?

Loek: "If a large organisation shows everyone that we are all equal, and that you may not be judged based on gender or sexual preference, more people will follow that example."

What do you expect from the design competition?

Loek: "I hope that there will be many competition entries and that students and employees think deeply about the subject and discuss it."

Gunnar: "In addition to the participants in the competition, and the winner, it is also about the classroom discussions, as far as I am concerned.

"Hopefully, the lecturers will stimulate their students to participate and that profound conversations on the subject will be held in class. Also when people do not agree with a design for a separate flag.”

What does the rainbow flag mean to you?

Loek: "When I see all those flags during the Pride, it makes me happy. The people who have hung them or are carrying them, are all about inclusiveness. In that way it becomes visible: we are here for you! Eventhough it sometimes still feels as if you are in it alone
as an LHBTI+ person."

Gunnar: "I think it’s a good thing that there’s a flag that represents the support for the
community. It’s good that there is a recognisable sign for people to come together, and easily recognise the other. In the future I of course hope that sexual and gender diversity will be wholly accepted. That would mean that the flag is no longer necessary
for the purpose it now has."