"Tim Hofman is welcome to come and see our new flag"

Now that the design competition has been started, Chairman of the Executive Board, Ron Bormans has again thought about the ‘Tim Hofman situation’, but more than anything he is looking forward to the results of the new flag.

“I am very curious about the stories that will come with the designs."

Ron Bormans Chairman of the Executive Board

The visit of Tim Hofman to the Rotterdam University of Applied Sciences in 2016 went viral. A student had been in touch with the host of the YouTube programme BOOS, because on Coming Out Day the rainbow flag had not been raised. So Tim Hofman came to discuss this with Ron Bormans, who explained that the red colour of the RUAS flag expressly stands for inclusiveness. That everyone is welcome, regardless of religion, background, gender, et cetera. The video was watched almost half a million times.

Does Tim Hofman still pop-up in your bad dreams?

"Hahaha, no. After the show, some funny things did occur. For example, when I was linesman at a football game. It was a few weeks after the BOOS show on one of those grey Saturday afternoons, when a few men approached me  and asked about the linesman flag I was using. They wanted to know if it had the right colours."

Has BOOS played a role in starting the design competition for a new flag?

"The programme has not altered our point of view, but it has taught us that we were not able to communicate our message. And we still don’t. Our message was and still is inclusive: the red flag stands for the 'home' where everyone is welcome. I still thinks it is a fantastic message, because with that one symbol we represent the diversity of  Rotterdam and the current society. And with only one flag at that, not with numerous different flags. However, it was interpreted as an exclusive message because we would not raise a separate flag on Coming Out Day. Which got us thinking. The message of NOT raising the rainbow flag was louder than the positive, inclusive message of our red flag. So, you have to take a different approach." 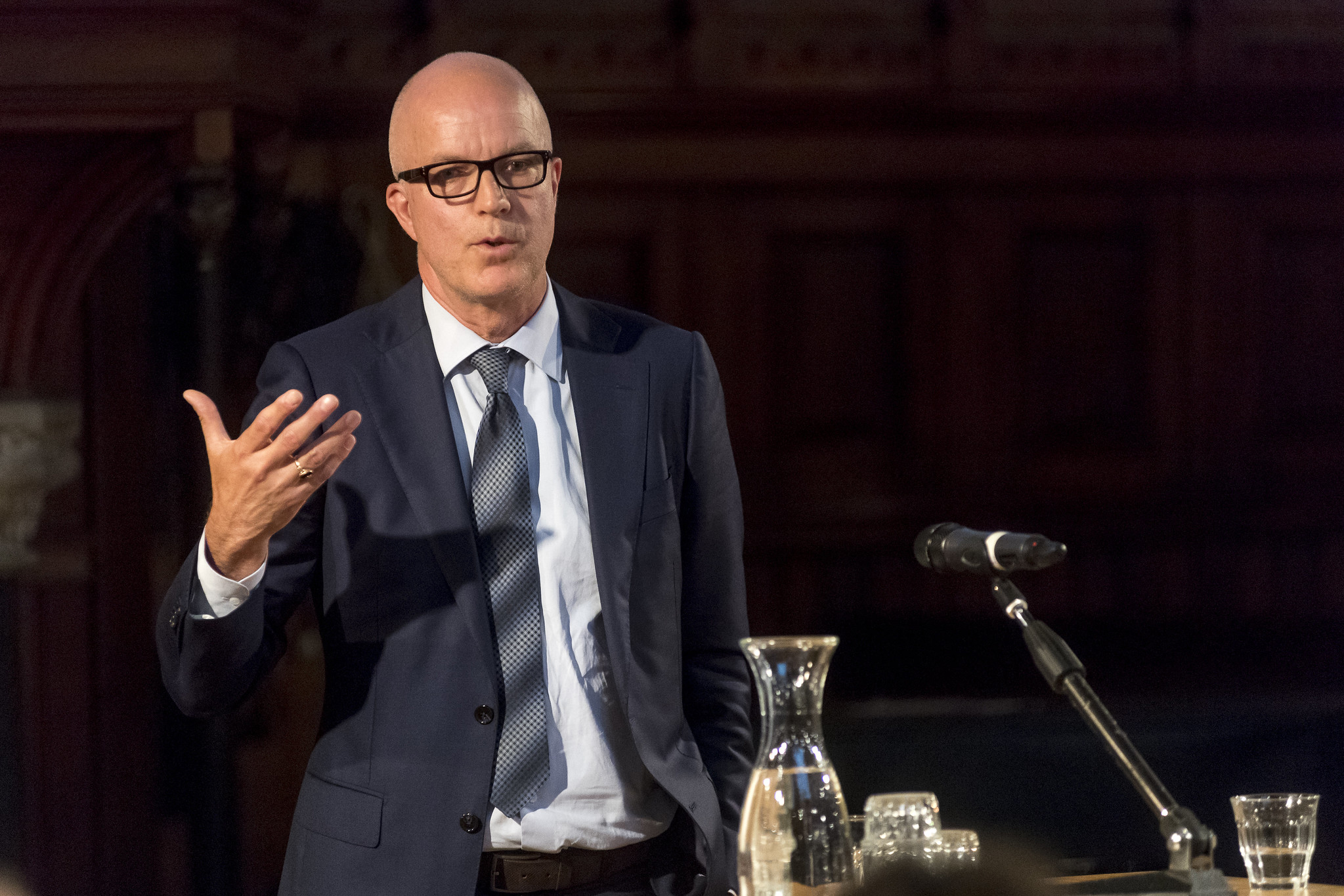 Why not just hang the rainbow flag?

"I find that too easy. If we just hang the rainbow flag, does the rest of the conversation not count anymore? In my opinion our story is too precious to take that way out. If you only knew know how many people have come up to me to say just hang that flag with all the colours, and be done with it. No, now I want to take on the challenge and find a solution. When you do, that’s when the conversations and discussions take place. That is what we need, you see? Just hanging a flag is not the solution, and what is going on underneath does not reach the surface."

In the manner of a design competition for a new flag?

"If it need be a flag in the classic sense of the word, I gladly leave that up to the designers. Designing often also means letting go of existing frameworks. But that aside:
I am bothered by the fact that people would not feel at home here. We’re talking about a group of people of whom I thought that they were almost completely accepted in the Netherlands, but in the near past their situation has only gotten worse. The episode of ‘Zomergasten’  with Erwin Olaf, a few years ago, opened many eyes. Mine also, it left an impression on me. He talked about violence against homosexuals in Amsterdam. Acceptance was not to be found. Men and women can no longer walk hand in hand in the city. Sure, we can hold onto our red flag, but if people only take note when we do not raise the rainbow flag, then the effect is that we, undesirably and unintentionally, foster a climate in which people wonder whether or not they belong in it. That is the last thing that I want. Again: I thought the BOOS segment was funny, but it did hurt me that some people thought that I was a homophobic. Awful. Every group must feel free to be who they are, and feel free to come and safely study at the
Rotterdam University of Applied Sciences. So we are inviting our students and employees to come with a design for the messages of both the red and the rainbow flag. I am very curious about all of the entries."

What would you submit yourself?

"If I knew that, we would not need the design competition, hah hah. We worked on a rainbow pennant for about one year. It did not result in anything incredible, so did not work either in sending a powerful combined message."

You are also in the jury of the design competition. What do you hope to see?

"Something more innovative than just our logo in rainbow colours. A design that is deeper than just the aesthetics. The flag must be in perfect balance. Both messages represented. I continually emphasise that people must be able to be who they are, in balance with responsibility and a great value of and for the collective. Next to ‘I’ there’s ‘We’, that is how I described it in the NRC article. Our students and employees can use their intelligence, power of thought and innovative strength to design a symbol that precisely radiates what we want. Everyone here may be who they want to be. They can accept who they are and should be accepted by others. Everyone is welcome here, and
should be able to feel welcome."

Is Tim Hofman welcome to see the new flag?

"Hah hah, sure! Very much so. He is very welcome when we celebrate our new flag. He will be invited. I hope that he will bring the student who once came complaining."