Last year we met a few of our alumni students in Shanghai and Beijing.

27.10.2016 – The hotpot alumni party, hosted by our recruiter (Mrs Mudde – Malik) in Shanghai (Dollar Shop restaurant) was great! Special thanks to Jingruo Hu, former IBMS Alumnus who helped us with organising it! Mrs Jing Cai (TMA) lecturer was present and had the chance to get direct updates from the Alumni and catch up with them. The alumni evening was also attended by some current staff and students too, who happened to be in the city, which resulted in total of 20 people.

The event gave the start to even more reunions to come. The idea for the next event is to combine the get-together with a Master class. Until then, let’s keep in touch, Leendert, Cheng, Marijn, Shao, Gloria, He, Yixuan, Xing, Kiko, Ethan, Eric, Lu, Katherine, Jane, Ercong, Carl and Yvon. 19.10.2016 – The alumni who attended the dinner and drinks  at 海底捞火锅 were pleased with their RBS gifts – the exclusive RBS hoodies! Mr Eduard Joanes, also a TMA lecturer gave a short speech and interacted with the Alumni. It was nice to catch up with Zheng, Dan, Joe, Frank, Qi, Marloes & Sjors. We’ll be back soon! 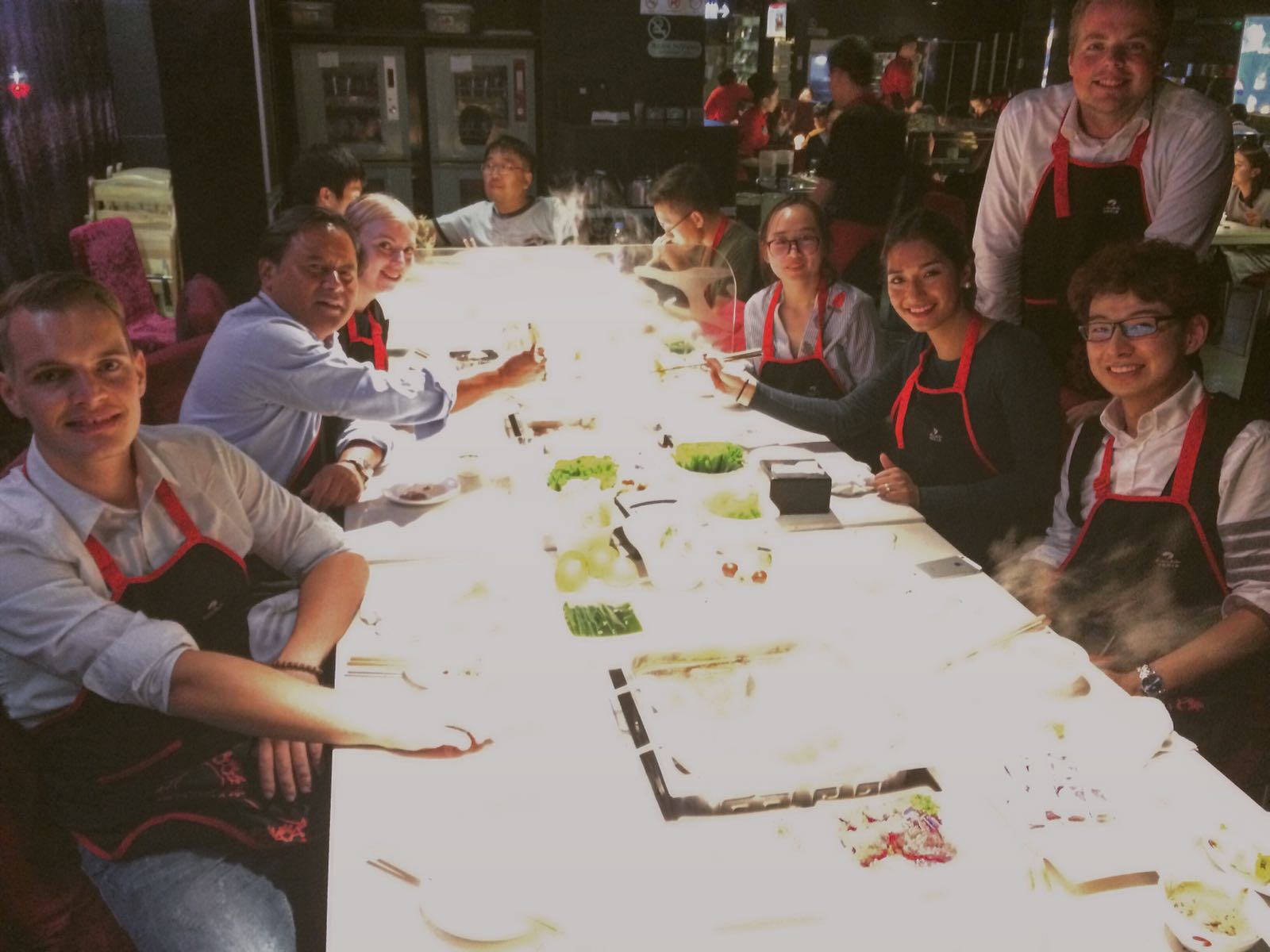